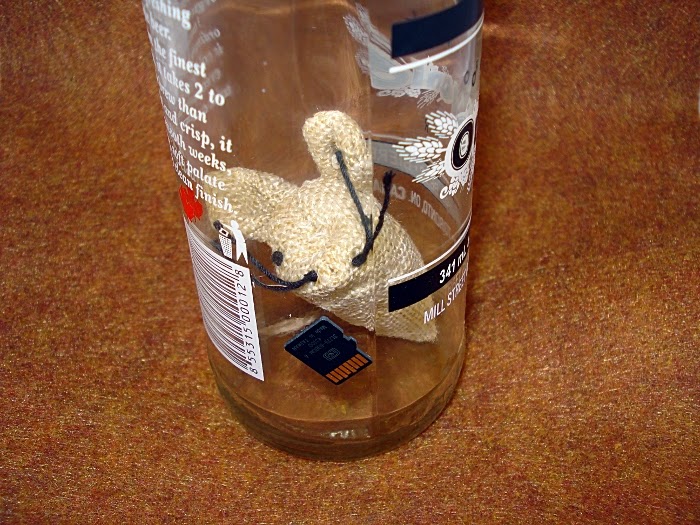 Cinnamon ripped a fresh sheet of paper from the pad and set it on the cutting board she'd repurposed as a clipboard. At the top of the page, she wrote "DOUG" in giant letters. Underneath she jotted down a list:
The pencil broke as she carved the last question mark into the paper. She swore, slapped the paper on the mess hall table with the others, and grabbed the pencil sharpener.

She glanced over the other notes as she jammed the pencil into the sharpener and gave it a few twirls. The top row was for notes on people: DeBussy, herself, Geoffrey and Pepper. She'd also included Munroe and some other people in research she thought could be involved. The second row was a timeline of all the major events which had happened, started with the job being assigned. The third row was for items: the decoy USB key and the real data on the microSD card Pepper had found, the files themselves, and an inventory of the weapons they'd filched from Doug and his goons before canoeing out into the lake.

Cinnamon tapped the spare pencil shavings into a wastepaper basket she'd found and made herself re-read every note in detail. She shook her head. "I can't see it," she said under her breath.

"Can't read your own handwriting?" said a voice from the doorway to the dormitory. Cinnamon clutched at the gun in her shoulder holster, then relaxed when she saw it was Geoffrey.

"Just trying to figure this out," Cinnamon said, gesturing at the papers.

"But you've been checking both entrances and the cameras too, right?" said Geoffrey, walking up to the table.

"Every fifteen minutes," said Cinnamon. "Nothing to report."

"Good," said Geoffrey. He picked up the notes on the data files. "This isn't accurate, you know." He tapped one of the entries in the list. "The data's sensitive, and it shouldn't be found off its isolated network, but that doesn't mean it would fetch much of a market price."

"It's Level 9," said Cinnamon. "It's not supposed to leave the building. You can't even transmit it on a dedicated line."

Geoffrey nodded as he replaced the paper on the table. "Yes, but that's just because it's from NATO, and anything we get from NATO always gets classified as Level 9. But you saw the file names. It's not like it's launch codes or submarine routes, or even a duty roster. Even journalists wouldn't give a shit about that stuff." He stepped back from the table. "No. NATO bureaucracy needs it, but it's useless outside of that particular environment. Wouldn't help you break in. Can't even be used with other accessible data to find out something interesting."

Cinnamon bit her lip. "I just wanted to do something useful while I was on watch. Maybe once I catch some sleep I'll be able to come up with something..."

"This is useful," said Geoffrey. He chuckled and pointed to the note on Doug. "Did you really get him against the mat while you had the flu?"

"It was worse than that," said Cinnamon. "I kicked him in the head. He was unconscious for thirty-seven seconds."

"I wonder if he knows that as well as you do," said Pepper, entering the mess hall. "What is all that?"

"Sheila's been breaking things down," said Geoffrey. "I think she's found something."

Geoffrey gave Pepper a look. "You're not going to like it."

Pepper leaned over the table and scanned the pages. "This is just recording what we know. Not a bad thing," she added quickly, glancing at Cinnamon. "Mercenary finds a mole willing to sell some data, arranges a buy, but a job for slightly different reasons thwarts him. Or it will once we can come in from the cold."

"But consider," said Geoffrey, picking up the note on DeBussy and holding it behind his back. "Now what's the story?"

"If you take him out of it, then..." Cinnamon's eyes widened, then narrowed. "But he is in it. Take him out and it distorts everything. It looks like it's all about Ellie."

"One way to find out," said Pepper. She locked eyes with Geoffrey. "You're going to have to bring me in."

"Yes," said Geoffrey. He shot a look at Cinnamon. "Get some sleep. The two of us will figure out how to stage this."

Cinnamon nodded and headed for the dormitory with a frown. She wasn't quite sure how she'd just been shut out of her own analysis.

She reached the bunk area and startled. Only one bunk was made up to sleep in.

That's against regulations! she thought. Then again, maybe Pepper and Geoffrey didn't care under the circumstances.

Pepper's voice floated into the dormitory from the mess hall. "This is Sarajevo all over again," she said.

"That's what worries me," said Geoffrey, and then he added something Cinnamon couldn't hear.
Posted by Katherine Hajer at 22:36