Recently Margit Sage nominated me for a Liebster Award. I am always amazed anyone wants to nominate me for any awards, so getting one from someone whose blog I enjoy so much really means something! Then Cindy Vaskova nominated me for one today!

Both these people write excellent fiction and are far more connected in the blogosphere than I am, so getting a nod from them is very cool. In honour of the double occasion, I took the current Liebster badge and made a double image version: 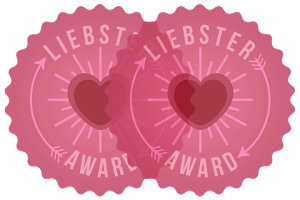 Those who are Liebstered (is that a term? it is now!) thank their nominator, answer the questions posed to them, nominate more people, and pose their own questions. Because I've got two sets of questions to answer, I'll do my nominations and post my own questions first. 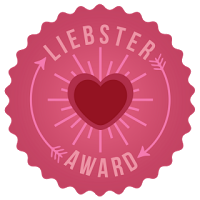 And the nominees are:
Questions:
I'm going to answer the questions in the order they came in:

Posted by Katherine Hajer at 09:43